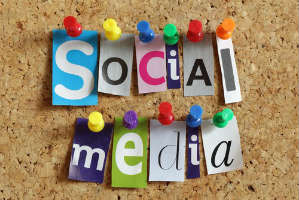 Being able to disseminate your research beyond a small circle of scholars is now a condition of most research grants. And even if you aren’t in an academic institute and your research project doesn’t depend on grant funding, it is probably being produced in order to influence opinion, policy or decision-making. So it’s important that research findings are disseminated to the audiences they’re intended to influence.

A lot of researchers ask if it’s worth investing time in social media,  questioning if anything of value can be said in just 140 characters on Twitter.  Journal articles are 3,000 to 8,000 words and books contain up to 80,000 words, so the limitations of social media can seem unappealing.

Not just for trivia and narcissism

And Twitter-phobes observing social-media pronouncements from the likes of Donald Trump, could be forgiven for thinking that social media has become little more than a platform for narcissists. But social media isn’t just for trivia and naked self-promotion.

Used well, social media is a very effective tool for disseminating research, both within and beyond the academic community. At the time of writing, Facebook has a billion users, and their average age is around 45. Twitter has 320 million users, including many of precisely those influencers and policy-makers whose opinions and decisions you may want your research findings to help shape.

Different online tools, such as tweets, blogs and Facebook postings, can be used in combination to get research findings out to a large audience. And it’s also a good way to raise the profile of a research project and build its authority. A university researcher who was a client of ours was invited to contribute an interview to the BBC World Service because a journalist saw a tweet about a blog he published. Not only was the blog read by policy-makers who could take his findings on board but would never read a 5,000-word journal article, his radio interview also reached millions of pairs of ears all over the world.

There are five things you should take into account when considering how to use social media for your research dissemination: