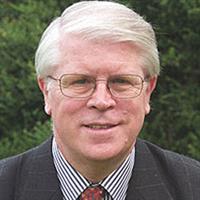 He combines experience of the news media in Europe, North America and developing countries, with involvement in policy-making at the highest levels of international organisations.

Since he left the World Bank in 1999, Tim has advised governments and international bodies on communications and media. He managed the Asian Development Bank’s Water Awareness Program which included a major capacity-building element to help journalists in Asia write more effectively on water issues. He is an Associate Fellow of Oxford University’s Saïd Business School, where he teaches and directs the Oxford Programme on Negotiation. He is also a visiting lecturer in the Global Journalism Master’s programme at Örebro University in Sweden. He is a member of the steering committee of the recently established Oxford Centre for Corporate Reputation at the Saïd Business School, where he has developed the teaching agenda for the Centre.

He has over thirty years of experience in formulating policy, public positioning and constituency building with both private sector companies and multilateral organisations. He left his post as Senior Advisor for External and United Nations Affairs at the World Bank in August 1999 to establish Tim Cullen Associates, and Oxford-based international consulting firm.

Between 1969 and 1978, he held media relations positions with Ford Motor Company in the UK and the United States, and headed the international public affairs unit at Continental Bank in Chicago, at the time, the sixth largest bank in the United States.

He joined the World Bank in July 1978 as spokesman to the Washington press corps and in April 1984, he became Chief of External Relations in the World Bank’s European Office in Paris. There, he headed the Bank’s relations with the full range of European constituencies, including government officials, parliamentarians, non-governmental organizations, news media and the business community. He returned to Washington as the Bank’s Chief Spokesman and Director of the Information and Public Affairs Division in May 1990. During this time, he headed a large division with responsibility for relations with a wide range of external constituencies and was the press counsellor to the presidents of the World Bank. He assumed the post of Senior Advisor, where he undertook a range of high profile and sensitive assignments, in June 1996.

Tim has broadcast and lectured in North America, Europe and Asia, and has written extensively on development issues. His travels for the World Bank took him to many countries, and he was associated with a number of major global events in recent years ranging from the effort to transform the former Soviet Union and Eastern Europe to market economies to the Earth Summit in Rio de Janeiro in 1992. He is the author of “Yugoslavia and the World Bank” (1979) and played an active role in the World Bank’s work on the reconstruction of Bosnia. From June through September 1997, he took on a special assignment as the World Bank’s representative in Hong Kong.

He is a Commissioner on the Financial Supervision Commission of the Isle of Man Government and a trustee of the Institute of Business Ethics. For several years, he served on the Joint United Nations Information Committee and, in 2001 he was appointed as a member of an experts group by the Director General of UNESCO to advise that body on its external relations. He is also a Senior Associate Member of St. Antony’s College, Oxford.

In addition to managing the Asian Water Awareness Programme and his teaching at Oxford and elsewhere, recent work has included: