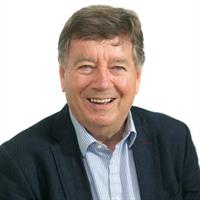 Paddy has worked as a consultant on journalism training for the Thompson and Wincott Foundations and on a wide range of media and communications assignments for international organisations including the British and German ministries for international development (DFID and GIZ), the Norwegian Ministry for Foreign Affairs, the Centre for International Climate and Environment Research Oslo (CICERO), the British Council ‘China Cool’ Programme Beijing, the International Aid Transparency Initiative (IATI), HelpAge International and Concern Worldwide.

Paddy is a former Director of Studies at the Reuters Institute for the Study of Journalism at Oxford, responsible for the Reuters Journalism Programme from 2001/2007. He was previously Director of the independent television production company, the International Broadcasting Trust, between 1990 and 2001, producing over a hundred television programmes for leading broadcasters on global issues.In 1996 he was given the Gold Award by the United Nations Correspondents Association in New York for the television documentary series, ‘Under the Blue Flag’, and in 2000 he was awarded OBE “for services to development awareness”.

A trustee since 2014 of the international freedom of expression body, ARTICLE 19, Paddy currently chairs ARTICLE 19’s International Board and is a Director of its East African affiliate. He is also a trustee of the Geddes Trust which promotes student journalism at Oxford.